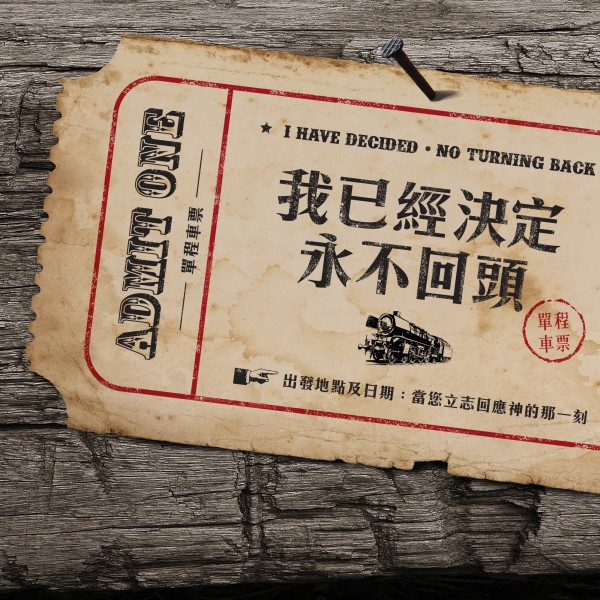 No Turning Back (MMO)

Another addition to our Intimate Worship series. It is actually 2 albums put into 1! There are 6 Mandarin worship songs and 6 other identical ones in Cantonese plus 2 bonus tracks! The theme song “I Have Decided (Mandarin) / No Turning Back (Cantonese)” is an adaptation from a very well-known hymn originated from the Garo Hills, a tribal region in Northeast India. One of the bonus tracks in the album is our rendition of this hymn sung in the Garo dialect.

Song Story of I Have Decided

In the 1800s there was a large evangelistic effort made to convert the country of India to Christianity. Missionaries came from several parts of the world to bring Christianity to India. They focused on the area of northern India which was dominated by Hinduism and inhabited by head-hunter tribes. Many missionaries were killed by head-hunters in this campaign.

There was a Welsh missionary who witnessed what happened to the first converts he had made in a village of Garo in Assam, North East India. He had converted a husband and wife who had two children. When the village chief sought to make an example of them, he held the archers at the ready to threaten this family to renounce Christ. When asked for their reply, the father stated “I have decided to follow Jesus, and there is no turning back.” So the archers struck down his children. When they threatened the man’s wife with the same if he refused to renounce Christ, the father said “Though no one joins me, still I will follow.” Then the archers killed his wife. As they took aim at the father, he was reported to have said “The cross before me, the world behind me.” Finally, they shot him dead as well. The village chief thought for some time about the incident and then he decided to follow Jesus too. He realized he could not break the strength of their commitment, even to the point of death, so their God must be a true and powerful God. The whole village was moved and converted to Christianity as well. There are many Christians today in that region.