I’m Willing To Be Broken

I wrote the lyrics for the song “I’m Willing To Be Broken” during the time when I felt the most helpless and miserable; yet, it was also/exactly  when God broke and re-formed me the most.  He took away all the things that I was so proud of, including:a well-paid job, a nice house, a pretty expensive car, and a stable relationship.  But it was also because of this circumstance that I had the space to reflect upon my relationship with God, helping me to face many hurts from my father when I was little, and allowing  me to be healed by Him.  During these two years, I had so much anxiety and helplessness, doubt and anger.  I kept wrestling with God: “Does it really need to be like this?  It is so hard to bear!  Isn’t there another way?”

Until one day, my Heavenly Father said to me, “My child, do you not know?  If the tears that you have shed were not allowed by me, not one drop would have fallen.  I did this to build you a much more beautiful life.”
When I heard this, I cried again.  With teary eyes, I wrote the chorus of the song:

Four years later, my healing journey continues.  Sometimes I still want to run away, but every time I want/have wanted to give up, the lyrics inspired by the Holy Spirit would once again ring in my head:

May we all come to know the beauty of obedience, through which God will build us into the masterpieces He has always intended.

Obedience is a particular means of joy and the only means to that particular joy.
-Charles Williams 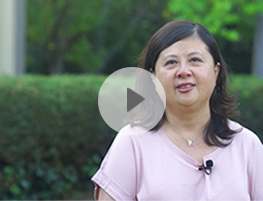 If we continue to wallow in the pain of our past, we will never be able to move forward.

If you ask me how I face my adversities, I’ll tell you that it has made me examine how deeply I know God.

So sometimes even after the team led a worship session where the audience was very touched, we do not feel the sense of accomplishment we expect.

I have been working in a hospital for a long time and have gotten used to a very hectic workplace. Because I have always been very impatient by nature…

Serving in China, we often have to use equipment that is different from what we’re used to. If you’ve ever been to one of our jnX concerts, you may know that we’d spend a lot of time doing …

I thank God that through my experiences in church, He has helped me to understand that music is not simply a tool to show off my talents. …

How have you changed after participating in a jnX training workshop?

Since my first jnX trip to Asia in 2000, I’ve been inspired to learn and teach others about worship.